In rich and mystical bygone eras, cannabis was regularly used in the Islamic world in the quest to connect with the divine. From fakirs to scholars to the simplest believers, countless followers of Mohammed's faith used the plant in search of the elusive Allah.

Today marijuana and its by-products are prohibited by the Sharia and smoking it is a sin for the world's 1.3 billion Muslims. But this was not always so. Cannabis used to be an instrument of worship for thousands of Muslims during Islam's Golden Era, when Mohammed's creed stretched from the Iberian Peninsula to the borders of Persia.

No mental effects until after the first millennium

Until the dawn of the first millennium of our era, the world of Islam only recognized the industrial, medical and technical benefits of the plant. The doctors of the caliphates learned of their therapeutic qualities from their pre-Islamic ancestors, like the Arabs, Egyptians and Babylonians, but, above all, from Greek pharmacological literature, in which it was widely prescribed. Great doctors of the era, such as Avicenna and Al-Razi, recommended it. 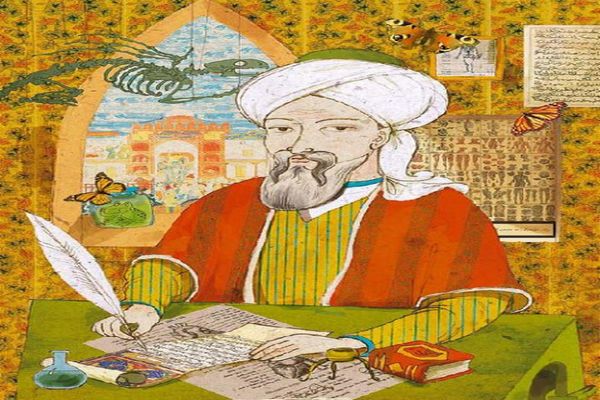 Avicenna dedicated whole sections in his medical treatises to cannabis.

It enters the Islamic world through the Sufis

It would be the Sufis, Islam's great mystical branch, which expanded its use as a religious vehicle throughout the Islamic world during the early centuries of the new millennium. It was spread by the humblest of this religious lineage, its famous fakirs. Ascetic travellers, they toured the world while disseminating their vision of cannabis as an instrument that favoured contact with God, after discovering the plant's psychotropic properties during their peregrinations. 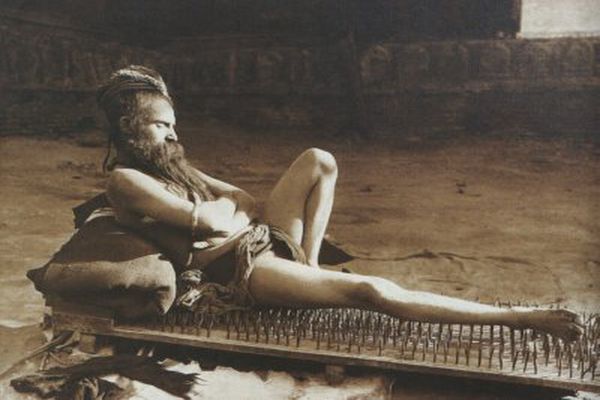 The fakirs were ascetic travellers who explored the entire Islamic world.

An important tool for worship

Pressed cannabis resin went from being exclusively used by the nomadic fakirs to spreading widely, particularly among the humbler classes and adherents of the Sufi school. They didn't smoke it, but rather ate good doses to enhance their religious practices. They saw the plant as an avenue towards the divine, the celestial ascension of the spirit, freed of corporeal and human ties. 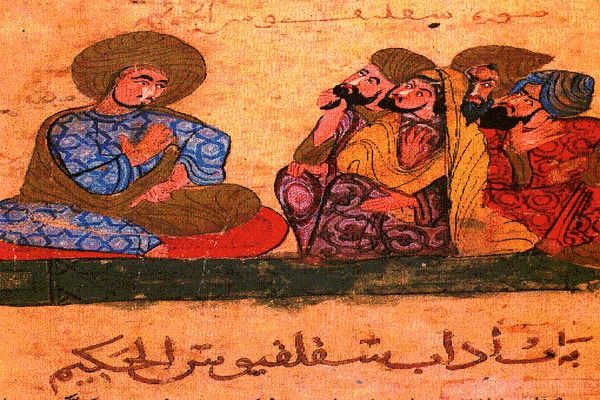 The Sufis assigned great importance to cannabis in their practices and communications.

A popular legend about the origins of Sufism says that the founder of this division, Shayk Haydar, spent the last 10 years of his life surviving on nothing but cannabis. According to this mystical story, Haydar tried marijuana spurred by a religious epiphany - as he was ignorant of its effects - and liked it so much that he ingested almost nothing but cannabis henceforth. 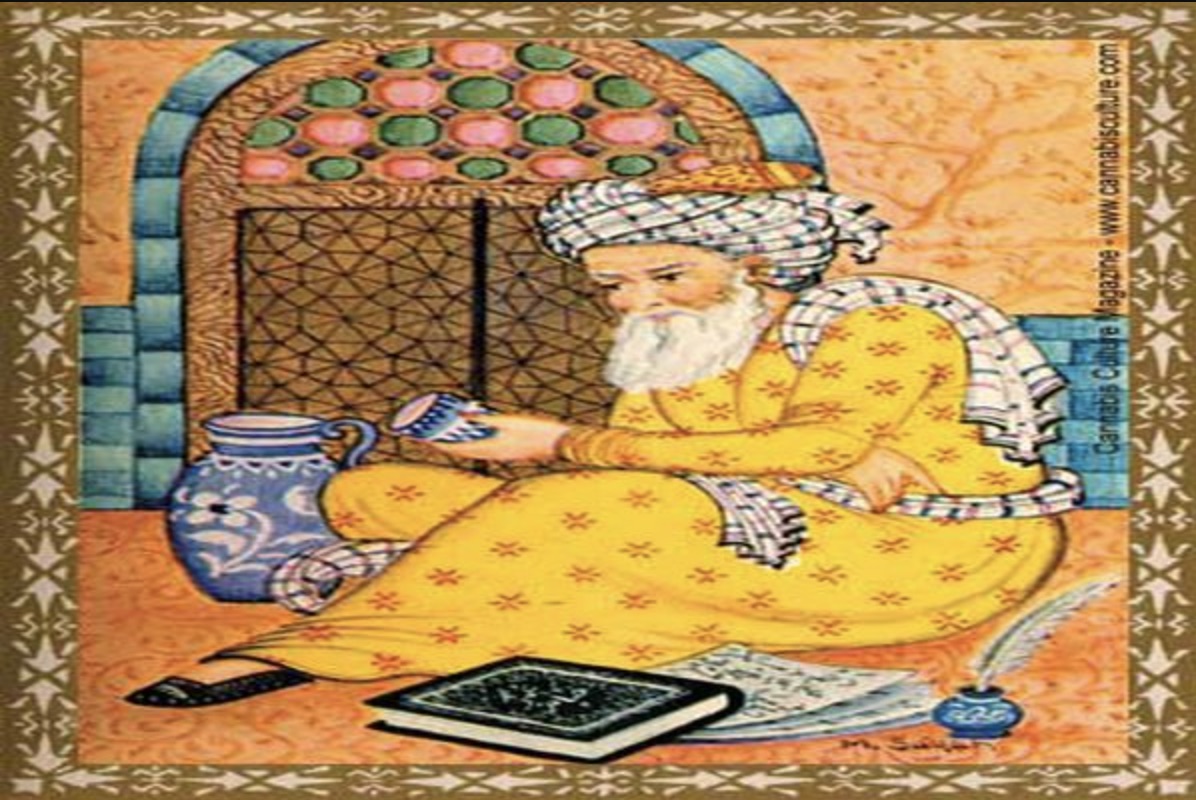 An engraving depicting the merry Haydar taking his cannabis concoction.

Very popular among the poor

But it was used not only by ascetics to endure their long meditations and fasts, but also became an outlet and a consolation for poor people who wished to achieve altered states; wine was expensive and for the rich, while cannabis was affordable, for the less well off. Many of them lived under the oppressive yoke of Mongol invaders. For them, marijuana also represented a means of escape from their harsh reality.

Cannabis attained such popularity in the Islamic world that it even had its own patron saint: Al-Khadir or "The Green One." He was depicted with the features of an old man, and the appearance of a fakir, dressed entirely in green, encountered in desert or solitary places by those who were travelling in search of God. He was considered the spiritual teacher of those “initiated by no teacher," or the voice of inspiration for those aspiring to achieve mystical merit. 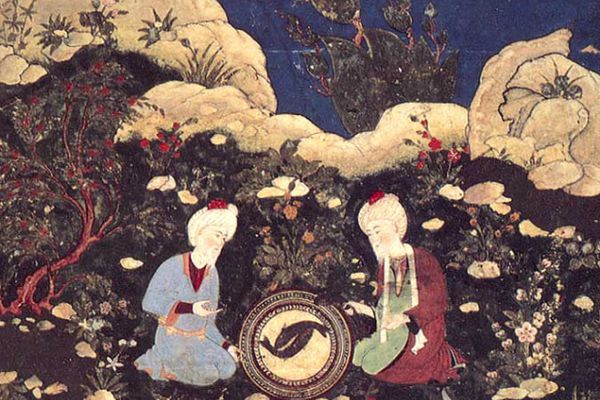 As a figure he was also associated with immortality and a number of mystical capacities.

The Old Man from the Mountain appears

In the 11th century Hassan-i Sabbah, who also practiced Sufi rites, and was known as the Old Man from the Mountain, managed to control the religious and political panorama of the Fatimí Caliphate with an army of orphans turned into lethal assassins - the dreaded "Hassasins." He would gather them on the streets of Persia and brainwash them with marathon readings of the Koran, enormous doses of hashish, and beautiful women, to make them think that paradise would be theirs if they followed his orders. When he died in 1124 he had established himself as a type of gangster, his power extending from Cairo to Samarkand. 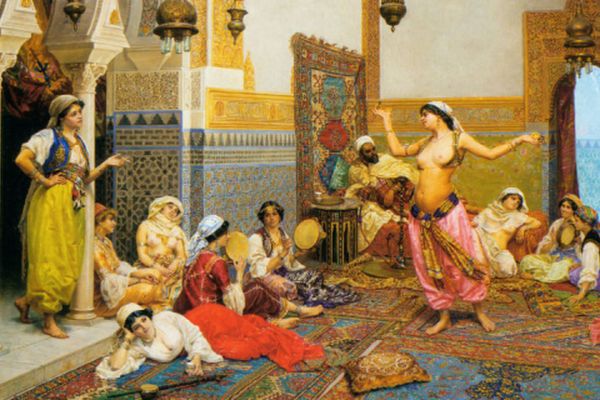 At his fortress in Amut he used hashish and beautiful women to manipulate his future assassins.

The fundamentalists crack down

In an empire severed by the partial invasion of the Mongols, the consumption of cannabis made religious leaders in the Islamic world uncomfortable. Their religious control was threatened by Islam's "third way," Sufism, which reached out to the people and continued to grow, its rituals with hashish becoming more and more popular. They also harboured a fear which bordered on superstition towards the late Hassan-i Sabbah and his hashish-consuming acolytes.

This fear was so great that in the 13th century Muslim legal scholars (ulamas) decided to ban cannabis consumption, in a way similar to its prohibition in Christianity centuries later. Hence, it went from being regarded as a food and medicine, to being defined as a narcotic and toxic (haram); as such it was deemed sinful and illegal, just like wine. 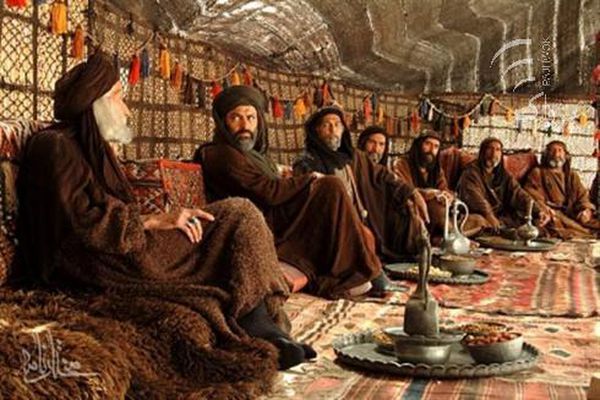 Ulamas are custodians of the Sharia, Islam's legal sphere.