This week, official data from the U.S. revealed that the murder rate in Denver (capital city of the state of Colorado) is down 52.9% since the use of recreational marijuana was legalised in the state last January. This means that while there were 17 murders in Denver alone from January to June 2013, in 2014, the number went down to 8.

According to experts, although very little time has passed since marijuana was legalised in the state, the results do not seem to be the product of mere chance. Legalisation might not be the only cause of the decrease in violence, but it has a lot to do with it, and at the very least, it has not caused the opposite effect, as those who rejected decriminalisation wanted you to believe.

In fact, the publication of these data is a hard blow to those who opposed the measure – including Michael Hancock, Mayor of Denver – alleging a possible increase in violence if cannabis were to be regulated. “Colorado is known for many great things – marijuana should not be one of them. Its legalisation sends the wrong message to kids that drugs are OK”, said state Gov. John Hickenlooper, just before legalisation.

In light of these figures, they have shown that the consequences are more positive than negative. Decriminalisation has been a strong blow to Mexican drug cartels that control most of the trade of the illegal substances that reach the U.S. from South America.

On the first day of legalisation, the state of Colorado managed to raise a million dollars from cannabis sales. Two months later, in March, the State Department of Revenue reported that declared revenue from marijuana sales had reach €19,959,300.00, 5 million more than the previous month. They had also collected 5 million euros in taxes and had raised €8.8 million for medicinal marijuana. It is estimated that legal cannabis sales will reach €1,888,179,000.00 this year in the United States.

According to analysts, this means that thousands of people have left the black market. They no longer need it. Now they can freely enter stores in certain areas of the U.S. and buy marijuana by law (provided they are over 21). 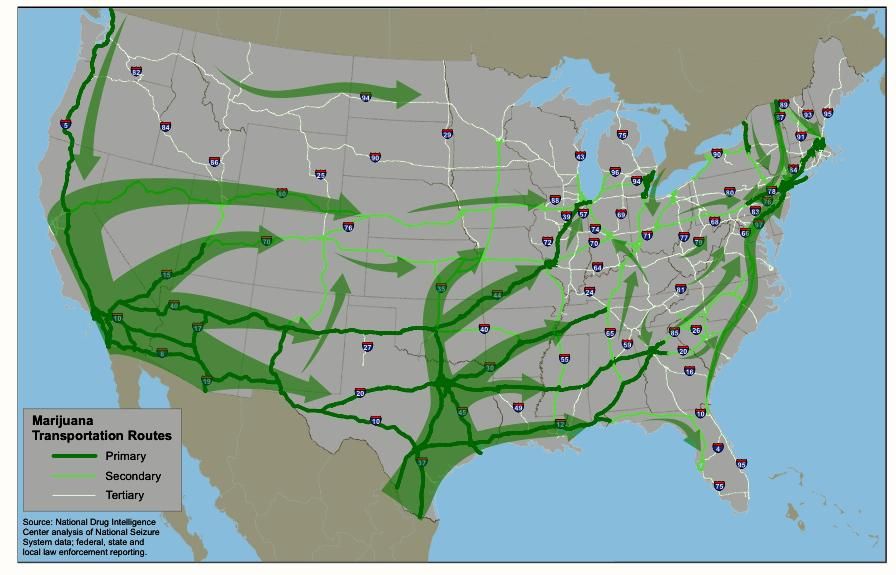 Before, the situation was very different. Products on the black market usually came to the U.S. in the hands of Mexican gangs through Arizona and southern Texas, falling into the hands of local dealers who then sold these goods inside the country. The violence from these groups has caused tens of thousands of deaths in Mexico in the past seven years.

The positive data has led Colorado to disclose its intention to devote a large sum of the economic gains generated from marijuana legalisation to education in schools about issues related to this field. Moreover, the figures come out right at the same time as a report about the consequences of medicinal marijuana legalisation which has been published in the scientific journal, PlosOne.

Therein, and according to criteria such as per capita income, age of residents in a given area, their educational level, number of police patrolling the area and even beer consumption, researchers analysed data from the 50 U.S. states between 1990 and 2006. The main conclusion from the analysis was that cannabis legalisation is not associated with increased levels of crime in a particular place, but rather, it could even reduce it(as is the case in Denver). 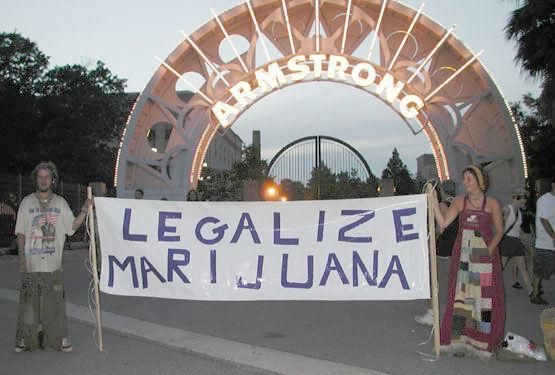 Meanwhile, other U.S. states are starting to think about cannabis legalisation. This is the case in North Carolina, which recently introduced a bill to legalise medicinal marijuana, as well as New York and Illinois, where they are progressing towards legalisation of therapeutic use.

According to recent surveys, 65% of the U.S. population is in favour of cannabis legalisation. The novel and positive news is encouraging for those who work to reduce and eliminate the stigma of marijuana. There is a long way to go, but it looks like the next steps will be taken on the path of legalisation, at least as long as decriminalisation of cannabis continues to prove that not only does it not increase the amount of crime, but contributes to reducing it.

Something is changing (for good) in the world’s most powerful nation.