Fungi such as powdery mildew and downy mildew are two of the "horsemen of the Apocalypse" for marijuana growers. They usually appear when there is too much moisture, in places where there is no sunlight, or when plants are too close to either each other or a wall. These fungi take the form of a layer of white powder, directly attacking the leaves, stems and fruit of one's crops, and spreading quickly. The best way to address infection is, without a doubt, preventing it from ever materialising. However, once a plant is affected, it can be treated with the use of specific fungicides.

In many forums marijuana growers bring up the same old problem and ask the same question: "My plants have a severe fungi problem. What can I do?" This is a malady that usually appears when a crop is already mature, such that it threatens months of work.

The most feared fungi in the cannabis world are, among others, powdery mildew and downy mildew, which attack younger plants in the spring, and are even more damaging in the fall. They usually leave a kind of dust on the plants' greenish leaves, more noticeable in the first case. If not prevented or treated in time they will spread quickly and do irreparable damage. Humidity is one of their main causes.

Downy mildew, moreover, does not remain only the surfaces, but affects the plant's tissue as well. This predator can lay in wait for long periods on plants without going detected (especially during the winter) before becoming active and attacking. However, powdery mildew is currently that which most ravages cannabis crops, especially in mild and tropical climates. 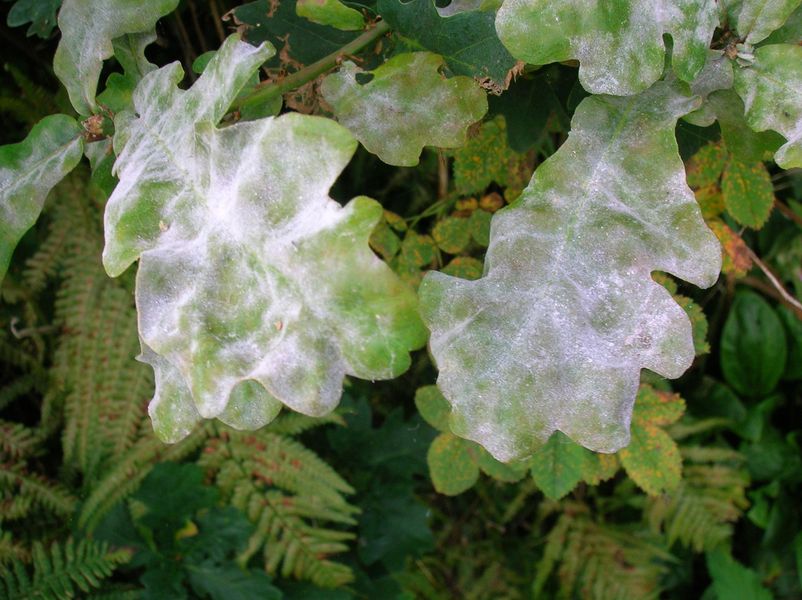 The two fungi produce practically the same problems on cannabis plants: the whitish cottony layer makes the leaves and stems turn yellow, wilt, and dry out. During this process they affect crop yield, whether grown indoors or out, weakening the grower's grass. They also alter the photosynthesis process, affecting root quality and generating a musty smell.

Both infect the plants through plant debris containing them. They are spread by wind or animals, as the mouldy layer produces airborne spores that quickly attack the nearest marijuana plant. Therefore, although they usually occur on isolated plants, they can cover entire crops too. Thus, it is essential to keep your marijuana away from any decaying matter.

Similarly, you should know that these fungi usually thrive in places that get little sunlight, or are cold, damp, shaded or poorly ventilated. However, excess nitrogen can also be a cause, due to heavy chemical treatments, or a plant's poor genetics. SCROG systems can be particularly vulnerable to these fungi, along with stressed marijuana or that located in corners.

These kinds of parasites, especially powdery mildew, have recently swept across the Iberian Peninsula, resulting in serious crop losses. It is believed that many of these current plagues originated in the United States, where the growers of several strains are already very accustomed to dealing with them. These types of fungi affect not only cannabis, but also grape vines, tomatoes and squash, among others.

An ounce of prevention is worth a pound of cure

It is important to be aware of how dangerous smoking marijuana containing mildew caused by these fungi can be, as it can cause diseases and directly affect the lungs. They produce allergenic substances that can particularly affect people with asthma, anyone suffering respiratory complications, or those whose immune system is weakened or in any way deficient. However, everyone is vulnerable.

In many cases, and especially with downy mildew, the grower is not even aware that his plants are in trouble until the damage is considerable, at which point few know how to take action. The same is not true of powdery mildew, which can be detected more easily, as it is more visible.

To detect both in time it is necessary, among other things, to regularly inspect the edges of leaves and the lower parts of plants. If any damaged areas are detected they should be removed and, if a whole plant is affected, or multiple ones, they should be distanced from the rest of the crop. The presence of 22-spot yellow ladybirds (which feed on this kind of fungus) usually indicate that a crop is infected, so one should be on the lookout for these biomarkers. 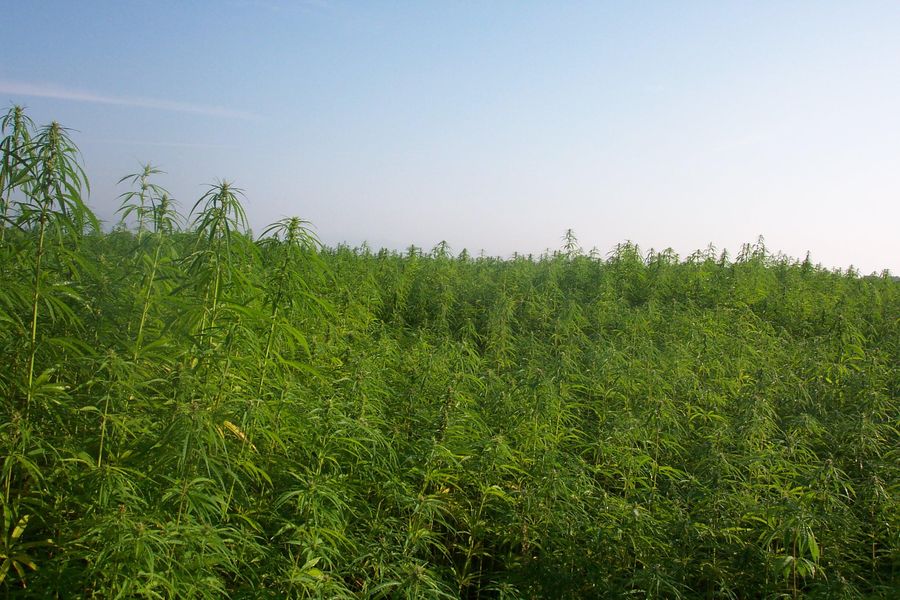 When powdery mildew appears one can apply sulphur mineral powders and copper or herbal preparations such as a horsetail or slurry decoction. In order for it to work one must sprinkle the product in the morning or evening, and never when temperatures are high. If there are small numbers of this parasite, they can be eliminated by applying hydrogen peroxide on the affected areas, after which it will be necessary to apply preventive products every few days to keep everything in good condition.

However, this fungus is almost impossible to exterminate 100% if it appears at the end of the flowering period, so detecting it early is important to control threats and enjoy a job well done. Therefore, after wet nights the application of copper sulphate is recommended to prevent it from appearing, and propolis, a great weapon against powdery mildew. Consistency and regularity in their implementation is key. Downy mildew, meanwhile, can be effectively dealt with through prevention. There are also some commercial products to help growers once a plant has been attacked. 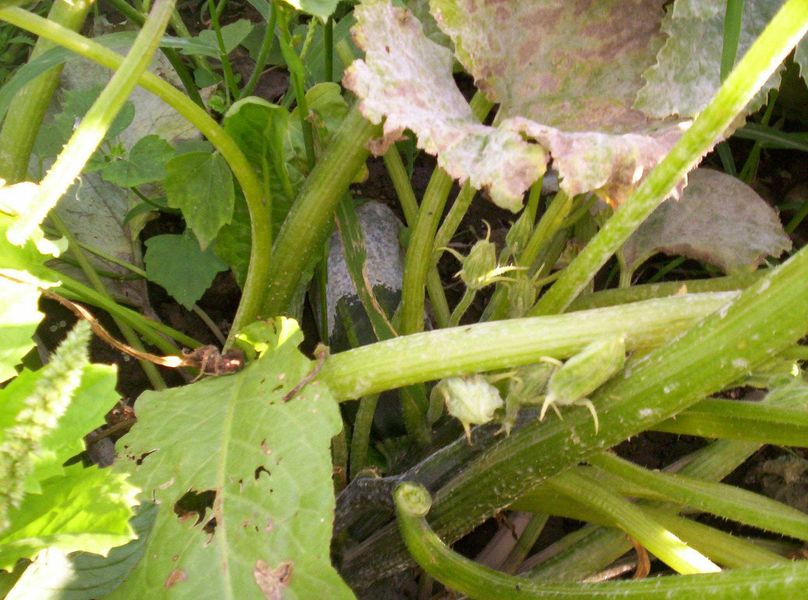 One must bear in mind that foliar fertilisation can lead to excessive levels of humidity at night, so this must be addressed by not wetting leaves when watering plants, and protecting them from dew.

Growers should also refrain from watering plants at night, and reducing or not watering before the lights are turned off, as they help to evaporate the liquid and minimize moisture. With regards to light, it is best to avoid shaded areas, use those that get the most sunlight outdoors, and lamps with the right power levels indoors.

Nor is it advisable to overdo it when using fertilisers (exceeding the limits can lead to mildew) or applying very high concentrations of nutrients. It is also a good idea to minimise the number of plants in a given place, and not arrange them very close together, to keep from creating a large plant canopy. Plants need separation, to allow for air circulation, and should be kept away from walls.

Also recommended is weeding and pruning the lower leaves of mature plants to increase air flow in this area. Once cut, growers should get rid of those leaves to prevent them from decomposing and spreading fungi.

Placing an oscillating fan in the pruning area can help, as the air movement lowers the humidity and prevents fungal development. However, if the fungi have already appeared, such air circulation ought to be avoided, as it can spread spores.

If cultivating plants indoors growers should monitor moisture levels with the help of a system that will warn them if these levels exceed 50% or 60%. Another option is to opt for cannabis species that are more resistant and can better cope with any kind of threat. For instance, the Amnesia strain is renowned not only for its extraordinary production, but because it is highly resistant to these types of fungi, the result of generations of breeding to produce the most commercially viable and impervious plant possible.

It is important to make an effort to keep these fungi from materialising, or to eradicate them before it's too late. If these recommendations are followed plants are very likely to elude all kinds of threats and continue to thrive. However, if a grower decides that he is not going to be able to keep his marijuana safe any longer, he is best off harvesting it early.

Substantial research shows that marijuana has been one of those ancient plants that have accompanied man throughout history on his way towards a healthy lifestyle. Various tribes and ethnic groups have[...]

Times when 'lobbies' and tabloid eradicated hemp in the United States

Oddly enough, American politicians have had their moments of lucidity but it has always been due to big companies that all initiatives to legalize the cultivation and consumption of cannabis have been ruined.[...]

How Does Drought Affect Our Marijuana Plants?

For months the phenomenon of El Niño has begun to affect areas of California and the west coast of the United States. It will last until 2016 and is already hitting areas all over the world, producing[...]