Back around 1970 the United States DEA began to produce patches with unique images so that the agents fighting drugs (and who, due to circumstances, did not know each other) could identify their colleagues during delicate operations. Cannabis, as one might suspect, appears in a bad light on those patches, although collectors today continue to buy them as a way to keep from forgetting the past, and to move forward.

The patches contain images spotlighting death, destruction and the drug, illustrations with skulls wearing brightly-coloured glasses. There are top hats and syringes being used that convey an even more bitter tone, while figures clad in black, with scythes over their shoulders, fly across psychedelic skies, red-eyed dragons shoot up (no kidding), and human remains ooze blood, stabbed by daggers, with scales representing American justice.

There are also patches in which a cannabis leaf appears under an inscription that reads “Operation Green Air” (a DEA operation carried out in 2000 in an effort to seize thousands of kilos of marijuana, and money), and patches on which an eagle seems poised to tear out an entire marijuana plantation with its talons, under the words “Marijuana Eradication Team.” 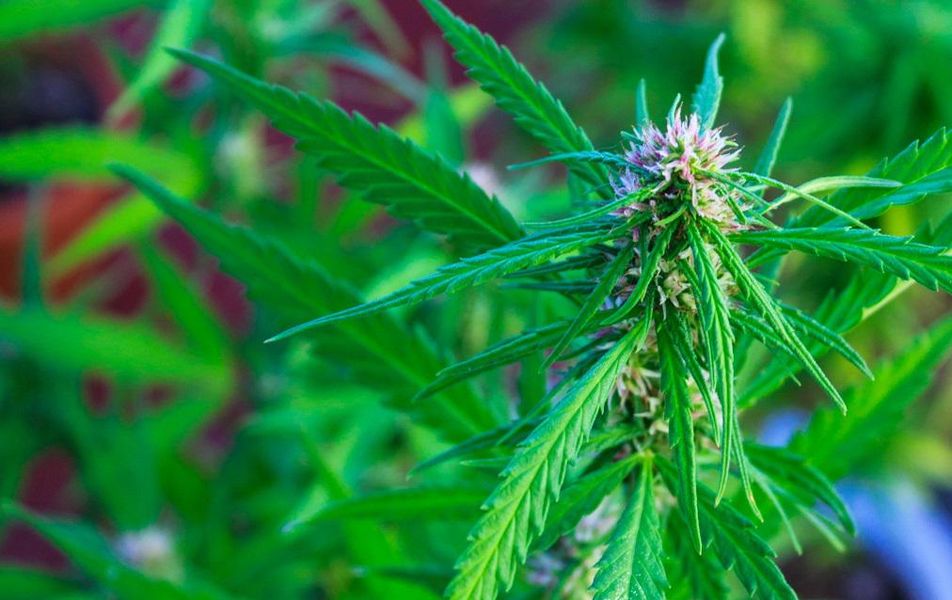 The US Drug Enforcement Administration (DEA) has been actively working for years to fight drug traffic in the country, investigating and prosecuting drug traffickers. In this mission it has long employed specialized teams focused on each difference substance and spread out amongst the different states. What few knew was that their members' uniforms were adorned with patches like the ones described, and with the clear intention of boosting the agents' morale.

These were patches created in the 1970s and produced for years, according to former agent Raymond Sherrard with the Criminal Investigation division, who has published a book (The Encyclopedia of Federal Law Enforcement Patches) which features thousands of photos of them, compiled with the help of collectors, especially agents who worked in the struggle against drugs. 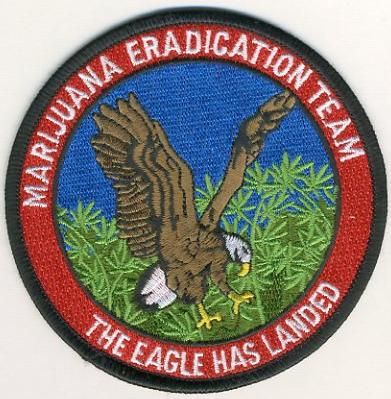 At that time, explains Sherrard, dozens of people from different divisions were working on the same effort. Most of the agents had never seen each other, and needed a fast and visual way to recognise their colleagues during the different operations. The patches helped to solve that recognition problem, but they were also used because of all the long hair and outlandish fashions that, in the words of the former agent, “made everybody look like a drug dealer.” It was necessary to be able to distinguish “the bad guys” (in the police's eyes) from everyone else.

Thus, each of the department's different offices ordered its very own patch. The task forces multiplied, and none was without its emblem. They soon began to evolve beyond their initial purpose, their designs becoming varied and even aggressive, and even designed without the approval of the top brass (the number of units and categories was so great that it was very difficult to control all their members). 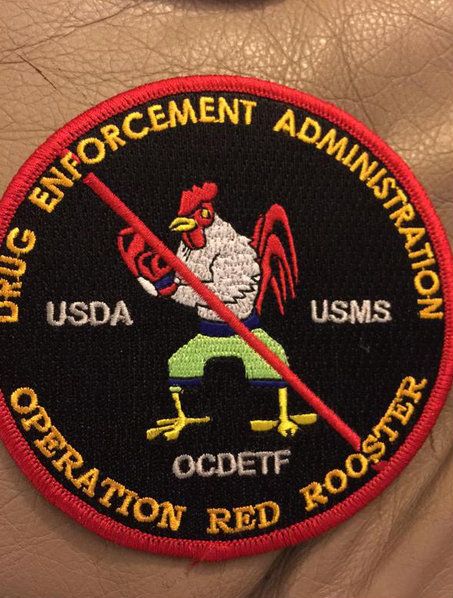 According to the former agent, the DEA only paid for and purchased patches with official insignias. The rest were ordered by the agents themselves, and it is very likely that they were hardly official, but rather simply appeared on caps and t-shirts. 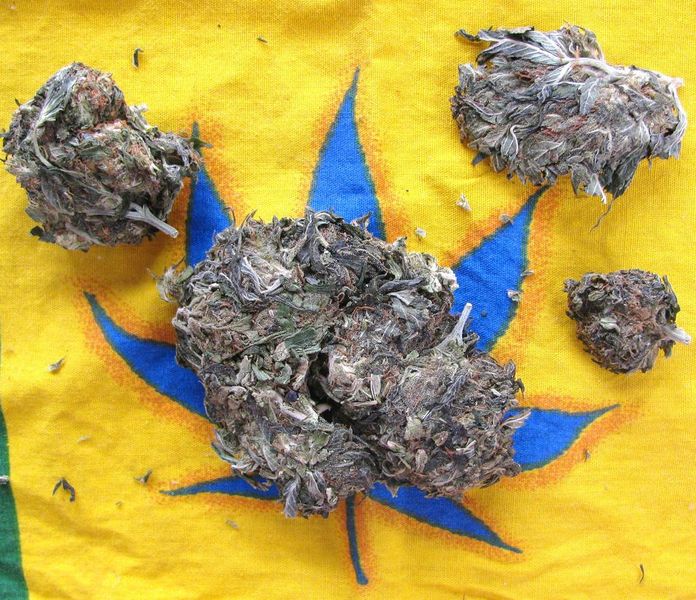 Larry Kirk, the police chief of Old Monroe (Missouri), explained that over the years he noticed a change in the type of graphics that many of these patches contained, as they came to transmit the attitude that the police and military are agents that must enforce the law, hence the very menacing designs found on many of them.

He explains that their images of death were meant to send a message: drug abuse is dangerous, and leads to the violence associated with drug trafficking. “It was, without a doubt, a cultural shift that began to take place in the mid-90s.” 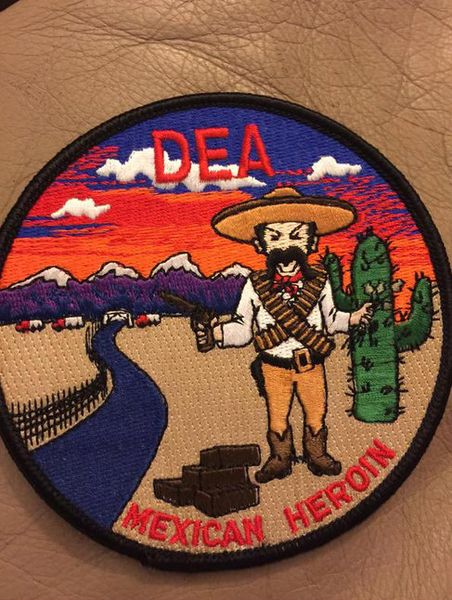 For some these patches also illustrate the excesses of the war on drugs. Aaron Malin, who heads up Show-Me Cannabis, an organisation working to legalise and regulate marijuana in Missouri, explained that the first time that he saw these types of insignias he couldn't believe that they had actually been used. But, “after spending the last year researching the many horrible ways the war on drugs is carried out, they seem attuned to the mentality of the agents who could wear those patches.”

Sherrard, meanwhile, states that the DEA is currently a more politically correct agency than in the past, and that its members use the patches much less frequently. 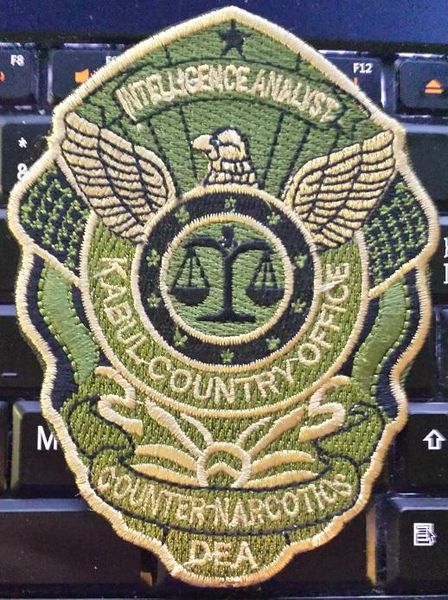 There are, however, those who continue to design and buy these types of patches. Those who still use them tend to belong to very small teams, like those charged with destroying poppy plantations in Afghanistan, whose emblems are exclusive and difficult to obtain, and could very well become valuable collector's items (in fact, there is a thriving trade in DEA patches on eBay).

In fact, Fred Repp Jr., still an active agent, runs the Fred Patch Corner, a site for the sale and purchase of this type of products (they tend to go for 5 to 10 euros, but prices have risen to hundreds and even thousands). 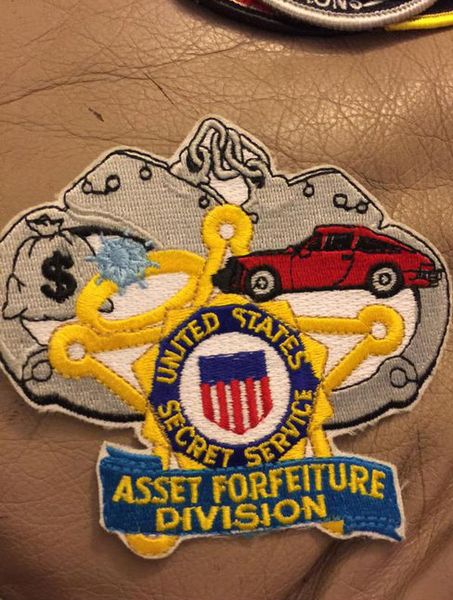 Both he and other US officials and citizens, although embarrassed about the repressive stance historically taken against marijuana by their country, recognise that preserving these images is a way of remembering the past and moving forward without making the same mistakes (at least with regards to cannabis).