In the world there are few sounds as exciting for a toker as the echo of Ketama's drums. Whoever hears the drumming sound produced by the sieves of this Moroccan region knows to be before a unique opportunity: entering the secluded territories of the Berbers, lost between the Rif Mountains, and seeing how the world's largest assortment of virgin pollens is produced.

The deep gorges between the mountains in the region of Ketama are one of the Earth's cannabis meccas, a place where the plantations are so large that one can barely take them in, and where hundreds of exquisite and varied classes of hashish are grown, to the rhythm of the sieves. In the fertile fields of this wild Moroccan province, which lies behind the Rif mountain range, are thousands of hectares of shrub-sized compact and resinous Indicas, of a Bubba Kush or OG Kush type, whose destiny is to become part of the world's most extensive array of pollens in the experienced hands of Berber growers.

In the plains and valleys by the north face of the Rif Valley there are such vast plantations that one cannot take them all in.

It is, however, hard and demanding work: every 100 kilos of marijuana will yield a kilo of hashish. Hashish which has little in common with the sandy and adulterated chunks we are accustomed to consuming at home. No. The agile and skilled fingers of the growers of this North African ethnic group know how to produce legendary hash; like the one known as Sputnik−made of the first trichomes which fall from each plant; Doble cero(00)−obtained from the first sieving of the best plants across some very fine sieves; or the gummy and resinous Ketama Gold, with its delicious cinnamon smell.

Unfortunately, this gourmet cannabis will remain on Moroccan soil or be flown off bound for glass cases found in Amsterdam's finest coffee shops. Little or almost none of it will cross the Strait of Gibraltar. On this side, we have the pollens which Moroccan growers obtain from the third forward pass on their sieves: sandy hash, most of the time, which, in the best of cases, features a mishmash of different qualities, with a lot of plant matter, and which is nearly always adulterated. 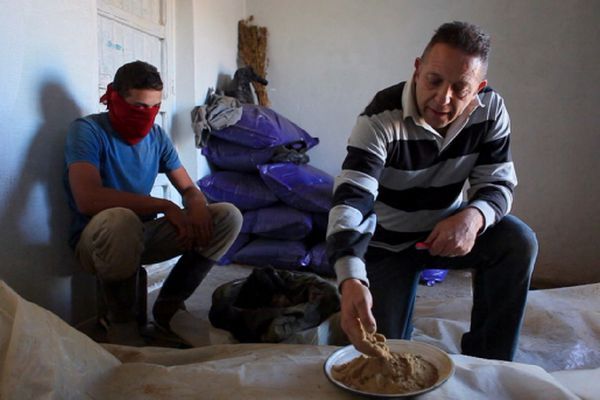 A grower examines the pollen that he has obtained: each plantation produces a different kind of hashish, thanks to the traditional production method and family secrets. (Photo)

All these hashes are the final product of a system of collective growing that culminates with the clattering sound of dozens of sieves, each filtering the pollen and sending an echo through the nearby mountains. The raw material proceeds from the vast plantations of small Indicas, with dense trichome-covered buds, sown between mountain gulches and deep valleys, growing on the mountainsides; these are bushes with heavy and fragrant flowers that are harvested between September and October when the first frosts arrive, and which are later put out to dry in the sun - which spoils part of the harvest's THC. The reason for this crime is simple: there is not enough space in the houses and warehouses to dry the thousands of plants - male and female included - grown in these lands each year. 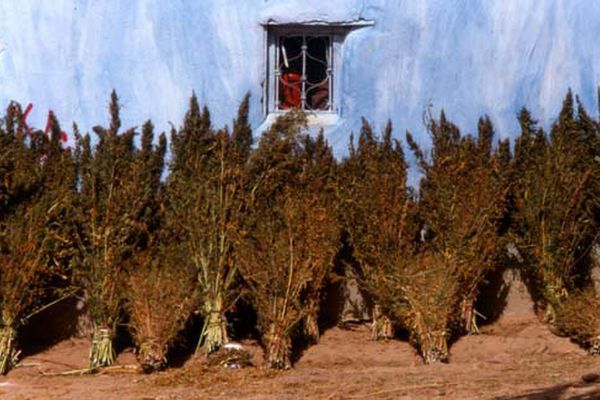 Curiously, this robust system of drying degrades the terpenes and chlorophylls, and is one of the causes of the dense and defined flavour characterizing Moroccan hashish. (Photo)

The cold and abrupt terrain of these mountainous areas, which extend at intervals across North Africa and East Asia, provides an ideal setting for rapid and premature harvests, which over the centuries has modified the genetic character of these varieties, giving rise to the Indica genotype that we know today. These are low-growing and compact plants with very dense buds that smell of incense, which have been fundamental to producing the potent, high-quality hybrids that we are accustomed to smoking nowadays, such as Blueberry and Blue Hash. 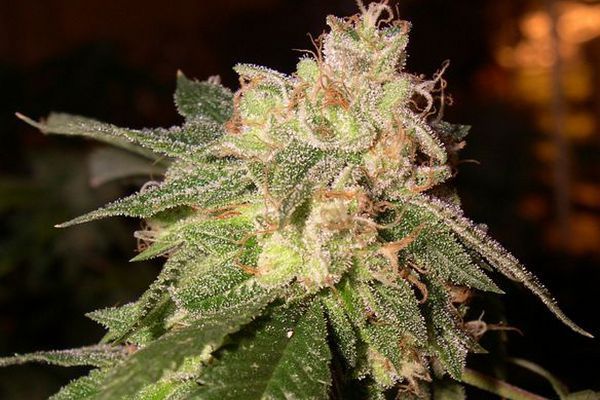 The traditional Indicas of the mountainous areas of North Africa and East Asia are like the “grandmothers” of some high-quality hybrids that we can consume nowadays, such as OG Kush. (Photo)

In November the winter cold reaches the mountains of Ketama and it is time to remove the plants from the curing warehouses, as the resin freezes and is more easily removed, rendering the work considerably easier. Then comes the moment of truth: the growers produce the hashish upon which their livelihoods will depend for much of the following year.

The oldest and most expert guide the youngest in a process engaging the whole family. To this end the branches of the buds are placed on large bowls covered by sieves, and this whole system of dry extraction is enclosed in a set of coarse bags to keep the resin from escaping. The result is a loose yellow pollen containing a concentrate of the plant's psychoactive contents, and typically quite a bit of the plant matter, due to the aggressive extraction system used. 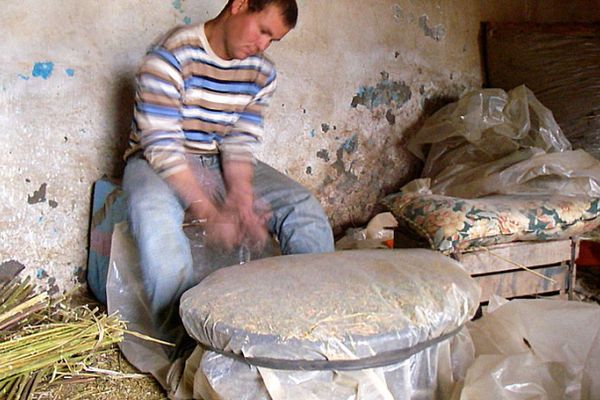 A plastic bag is placed on the marijuana in the sieve and struck with branches or sticks.(Photo)

This yellowish “dust” may take two different roads to become hashish, according to traditional Ketaman methods: it can be kneaded, cold, to obtain a very loose Moroccan pollen that crumbles easily, and which, therefore is quite unsuitable for export (which is why we don´t need see it much in Spain) - or it can be kneaded and be pressed, while hot, giving it a characteristic brown or blackish colour and the compact consistency of all the varieties of Moroccan hashish that usually reach our country. 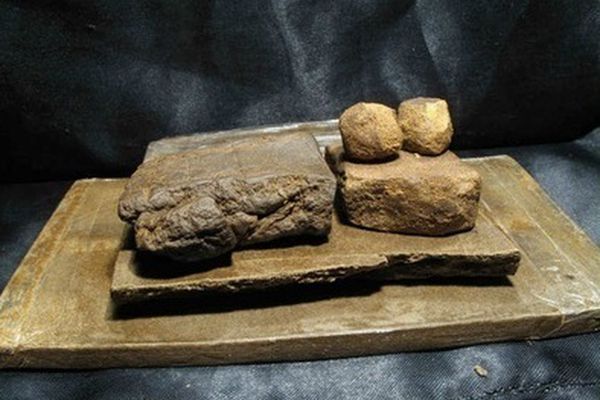 Diverse qualities produced in the valleys near the locality of Ketama.