In the popular imagination, Legionnaire soldiers are tough, pugnacious and loyal to their regiments. They like to go around with their shirts open and their sleeves rolled up, showing off their muscles and tattoos, drinking brandy, and smoking grifa; that is, cannabis from Morocco.

Members of the Spanish Foreign Legion, founded by Millán-Astray in 1919 to defend Spanish interests in Africa, introduced hashish consumption into Andalusia, Madrid, and the Spanish Levant after the Civil War.

In fact, the legionnaires and Franco's Moorish Guard were well supplied with grifa (marijuana in the legionary slang) during the Civil War. "The military was in charge of provisioning it from Morocco", explains drug historian Juan Carlos Usó.

Legionnaires became fond of smoking grifa in Morocco, but they were neither the first nor the only ones to be seduced by the plant, according to the author of Píldoras de Realidad. Although the Legionnaires had the reputation, the truth is that between 1912 and 1956, under the Spanish protectorate in Morocco, many Spaniards smoked grifa and kif (cannabis mixed with taba, or wild tobacco). The consumption of kif was frowned upon, both then and now, in Morocco, but it is very common among people in the northern Rif, and in the Spanish colony, which included masons, carters, miners in the regions, prostitutes... ". Crews of fishermen from the Bay of Cádiz, and mixed crews of gaditanos (Cádiz folk) and Moroccans, also smoked grifa. 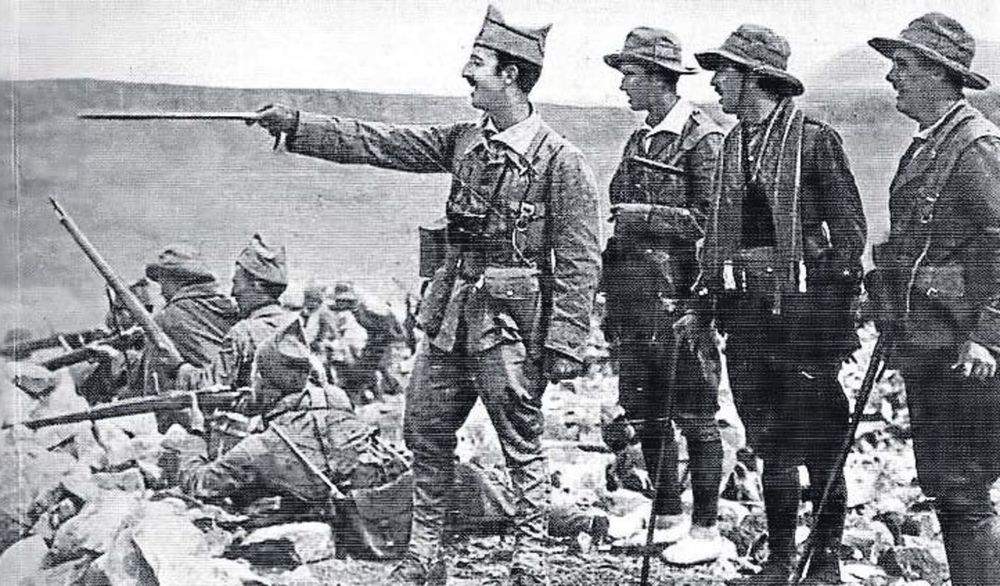 After capturing and disarming the Red Army, the rebels in Africa emerged victorious in the fratricidal contest, and the Legionnaires have showed up, ever since 1939, on November 20 at the Victory Parade in Madrid "with their trombones full of grifa", writer Fernando Sánchez-Dragó explains, self-described as "the first Spanish hippie", half in jest, half serious.

Legionnaires took advantage of their trips to the Peninsula to take some grifa there, consume it, and sell it in the slums on the outskirts of Cádiz, Seville, Madrid and Barcelona. They were the first dealers, until in the 60s the gypsies began to take over the trafficking business, according to writer Fidel Moreno, who dedicated a chapter of his book ¿Qué me estás contando? Memoria de un siglo de canciones to cannabis’s arrival in Spain. In addition to a music lover, Moreno is also the director of Cáñamo (Hemp), Spain’s foremost magazine focused on cannabis.

Fidel Moreno also cites Usó (an indispensable reference in any serious historiography on drugs in Spain), and confirms that cannabis consumption, although still fringe, predated the Civil War: "During the Republic, 'laughing cigarettes' were already sold in some Spanish cities".

Fidel Moreno dedicates a chapter of his book to grifa's arrival in Spain, and documents the first mention of drugs in a song: not surprisingly, a Legion hymn entitled "An Englishman Who Came from London".

In the 1950s the consumption of grifa was quite widespread in the more run-down sections of Spanish cities. As early as 1954 the police had detected and destroyed a "large plantation" of 11,000 cannabis plants in Vega del Tajo (Toledo). "This is conclusive proof that at the time demand was quite large, and could not be met by what came up from the 'Moors', sporadically, Legionnaires or not", says Usó.

The entry routes for grifa (costo was still a couple of decades off) were varied. For example, Juan Carlos Usó relates that students at Madrid's Ramiro de Maeztu high school were already smoking joints in the 1950s. They got them from classmates who were the children of upper-class Moroccans, sent to study in Madrid; "Gonzalo Torrente Malvido, Torrente Ballester's son, told me so, personally," Usó explains. This interaction between affluent children sympathetic to the regime, and the Moroccan elite, explains why the Dementia - the rowdy Estudiantes basketball team fan section - dresses up in traditional Moroccan djellaba robes to cheer on their squad.

Raid on Europe’s largest cannabis centre: this is Lazarat, and this is how politicians want it

Lazarat is a town no one had hardly ever heard of until a few days ago when it became famous for battling security forces until the bitter end. Anything to protect its immense cannabis plantations, which[...]

When, How and Why: Basic Guide to Transplanting for Beginners

Transplanting a marijuana plant is a simple step, but can block the most novice growers. Now that our little plants are germinated, the next step is to change the container to a larger pot.

How to boost anandamide, the happiness and mental balance molecule

Anandamide is a natural cannabinoid produced by humans that serves to balance the body and mind. It takes its name from the Sanskrit word ananda, which means "happiness", and plays an important role in[...]