The legendary magazine opens up its archives on the occasion of the coronavirus confinement. We tell you the epic story of High Times and its founder, the ill-fated Tom Forçade.

In the summer of 1974 the first issue of High Times magazine began to circulate on the underground circuit in New York and Los Angeles, with a woman on the cover salivating over what appeared to be a magical mushroom. In fact, that first issue was intended to be the only one on a subject that, in principle, would wear thin fast: the defence of cannabis and other illegal substances.

That first issue, which just meant as a "a joke", a defiant snubbing of the Silent Majority," included an interview with a female drug dealer and an article titled "Marijuana, the Marvellous Drug".

High Times name mimicked the look of Playboy, and, like it, included a centerfold with the "beauty" of the month – but, rather than a naked bombshell, it was a cannabis plant. The idea, as we said, was to release a single issue, have a laugh two, and move on. 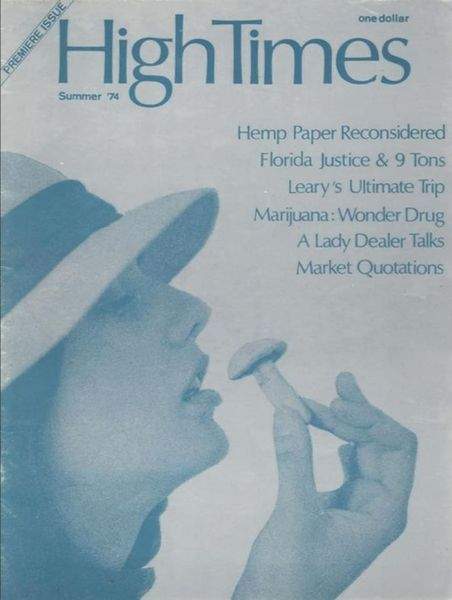 But, as fate would have it, the joke picked up steam, and founder, journalist and activist Tom Forçade, by 1977, was selling half a million copies a month, more than Rolling Stone. It is not easy to gauge the influence that the publication has had on America's counterculture over the course of its 46 years.

In an impromptu interview with Tom Forcade's wife Gabrielle Schang-Forcade in 1978, three weeks before his death, the High Times founder said that the legendary first issue "wasn't hard. The really hard part is the last issue. You're as good as your last issue". 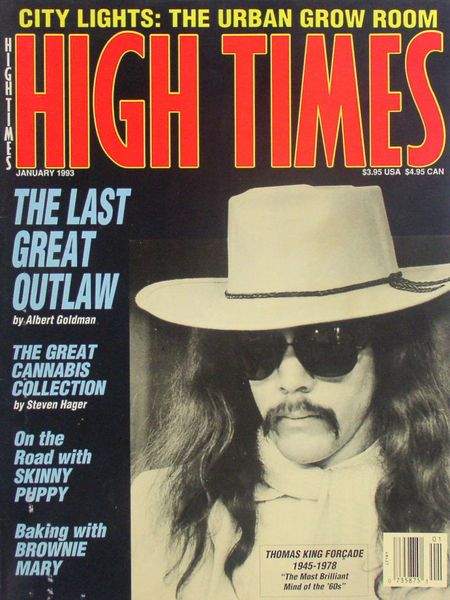 Tom Forçade's "last issue" was in November 1978, four and a half years after the release of High Times. However, the best was yet to come: the magazine grew, became legendary, and would go on to serve as a standard bearer for a lobby that would pave the way for the decriminalisation of cannabis in North America and, little by little, the rest of the world – the dream of Forçade and his buddies four decades earlier.

In addition to his status as an activist and toker, Forçade was also a notorious cannabis trafficker. Some say that the magazine was founded using profits obtained from trafficking, and never lacked a nod to dealers, true heroes who "dared to have fun and please others in a peaceful and harmless way".

A series of writers –the likes of William S. Burroughs, Charles Bukowski, Tom Robbins, Paul Bowles and Aldous Huxley– were featured in the pages of the High Times.

Now, 46 years after its founding and in the midst of the coronavirus crisis, High Times has unlocked its splendid archives for free so that we can dive into its centerfolds and bold articles, wrapped in the sweet aroma of a joint of good hashish... or whatever it may be. As Forçade said in that interview, "I've never tried a drug I didn't like." Amen. 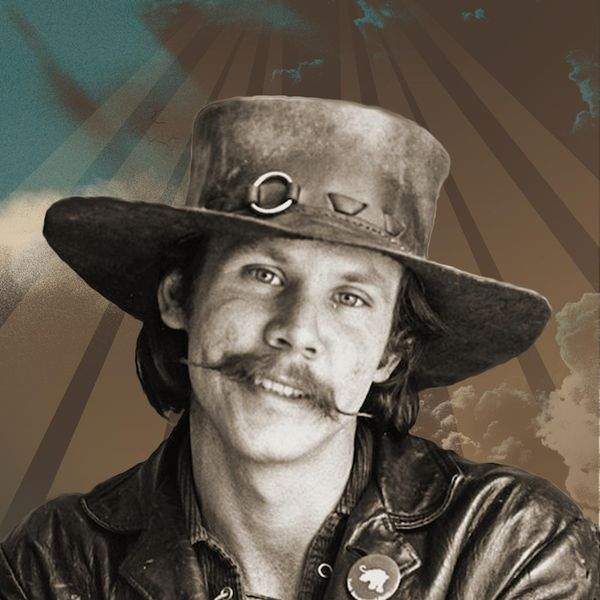 She was just 13 years old and, from an early age, this girl from Colorado became a beacon of hope for the treatment of diseases with medical cannabis, helping to dispel negative assumptions associated with[...]

How to boost anandamide, the happiness and mental balance molecule

Anandamide is a natural cannabinoid produced by humans that serves to balance the body and mind. It takes its name from the Sanskrit word ananda, which means "happiness", and plays an important role in[...]

How can cannabis help against Parkinson's and Alzheimer's?

Anyone who has seen a loved one suffer from Parkinson's, Alzheimer's or any type of dementia, knows how difficult it can be for everyone involved. It is heart-breaking to see someone you care about fight[...]