Marijuana, in the Middle-Ages, went from being a common treatment in the cabinets of doctors, herbalists and midwives, to being considered a vegetable extension of Satan himself. And as soon as Pope Innocent VIII signed the papal bull named Hammer of Witches, cannabis became "an impious sacrament belonging to a satanic mass of the second or third type". A terrible sin which, in the Pontiff's opinion, led its users to become obscure and evil beings, murderers and transmitters of diseases. But this wasn't the worst of it. No. Allegedly, they also became lewd lovers of terrible Lucifer!

How did hemp suddenly become the Lord of Darkness’ worldly extension? Particularly when we know that the crusaders coming from the Holy Land were among those who introduced the plant to Europe and used it to treat many illnesses, such as rabies or tetanus. What happened for the Catholic Church to condemn it so categorically, without any forewarning?

It was all a question of market control. During the Black Death epidemic, which raged in Europe for over three years (1347-1351) leaving 25 million dead, the most commonly used remedy to relieve the pains caused by this illness was a medicine containing cannabis, named Unguentum Populeum. The same preparation was used by the women taking part in the pagan rituals to worship the goddess of love, who would later be contemptuously referred to as 'witches'. Controversy among the people was guaranteed: if illness represents the wrath of God, why does this preparation containing marijuana and made by followers of pagan rites have the 'power' to cure people?

"People returned to the medicine of their villages and the beliefs of their ancestors. The Church noticed this authority shift and took action to avoid it," explains the American sociologist and researcher Catherine Stolley. They also spread the rumour that these women's 'sorcery' was responsible for the Black Death and whipped up people's hatred by assuring them that these “witches” had spread the disease to destroy the Christian kingdoms.

Almost a century later, this deception had already pervaded a devastated society and reached the very top of the Christian hierarchy. In 1484, Pope Innocent VIII suddenly changed his position with regard to the followers of fertility cults. Up until this point, he had not voiced an opinion. Henceforth, by way of the papal bull against 'witches', known in Latin as Malleus Maleficarum, not only did bewitched women exist, but they had to be persecuted, tortured and killed. Midwives and herbalists were now also considered servants of the devil and cannabis was prohibited. 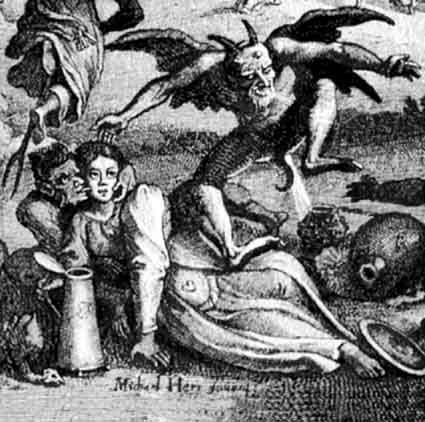 And so, the church included in its definition of 'witch' anyone who had knowledge of herbal remedies, stating that "those who use herbs have a pact with the Devil, either implicitly or explicitly". This resolution illustrated Europe's transition to one of the darkest periods of its history, laying the foundations of marijuana prohibition and its negative image in the public eye. Overnight, cannabis became, despite its history, a 'witch's herb' used by the followers of Satan.

A definition which would have stunned and blown away numerous doctors and scholars from a wide range of civilizations who used cannabis with medical purposes at least since the times of the Chinese emperor Shennong in 2800 B.C. The Egyptians, for example, mentioned treatments based on marijuana in the Ebers Papyrus - perhaps the most ancient medical treatise which has ever been preserved; Greeks used it as a remedy for cramps and gout, and the Canon Medicinae, written by Avicenna, the famous Arabic doctor, recommended it against migraines and epilepsy. Just to name but a few.

Even so, fear of hemp took root in the feudal society. The horrifying torture meted upon those suspected of using it, along with a context of social degradation and ignorance, caused society to alienate itself from the therapeutic tradition of marijuana in the European pharmacopoeia, limiting its use to African and Asian societies. 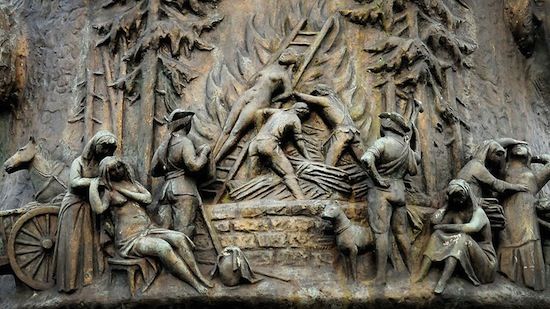