In recent months bad practices seem to have spread among some of Barcelona's cannabis associations, which began to let tourists in, despite this being against the rules. Consequences quickly ensued: some 50 social clubs were ordered to cease their activities, and one association has even sued the City for perversion of justice. Activists believe that this situation may adversely affect those who have acted properly.

This summer nearly 50 cannabis associations in Barcelona received orders from the city government to cease their operations. In mid-August 30 of them were forced to suspend their activities, and another 20 were preparing to do so in the coming weeks. The situation was triggered bymisuse on the part of some members of these social clubs - something in which most Barcelona cannabis activists were not involved, but which affects them directly anyway.

Now they're paying the price for others' misconduct. Some of the affected associations have expressed their disapproval of the City's decisions. In early August social club 420 filed a complaint against three high-ranking officials from the City of Barcelona, alleging that they were guilty of perverting justice, coercion and of violating the public's right to assembly by ordering the club's closure. The 420 argued that the order was unjust, arbitrary and illegal, and that none of the alleged violations had been demonstrated. Among other things, they were accused of emitting pollutants. The association explained that the authorities did not take any kind of measurement of the air emitted from its premises, which feature an approved air extraction systemto prevent the emission of polluted air. 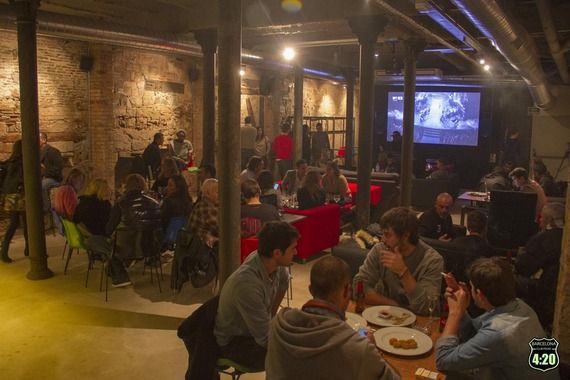 It all began just two months ago, when the Barcelona City Government Commission agreed to suspend the opening and expansionof cannabis clubs for a year, at least until the City regulates them. According to the Deputy Mayor Joaquim Forn, situations that "deviated from permitted consumption" had been detected. Some of these social clubs had become for-profit establishments that promote the consumption of cannabis, attract customers, and even allow entrance to visitors who use this type of associations to practice drug tourism. José Afuera, President of CatFac (Barcelona Federation of Cannabis Associations), tells LaMota that this situation came about because many people were ill-advised from the outset in relation to these clubs, with many under the impression that "coffee shops" were legal in Spain. "Most of them did not act in bad faith, but rather were poorly advised by lawyers with unethical motivations," he explains. He says that so far several social clubs have been closed by court order, and police have intervened at about 150. 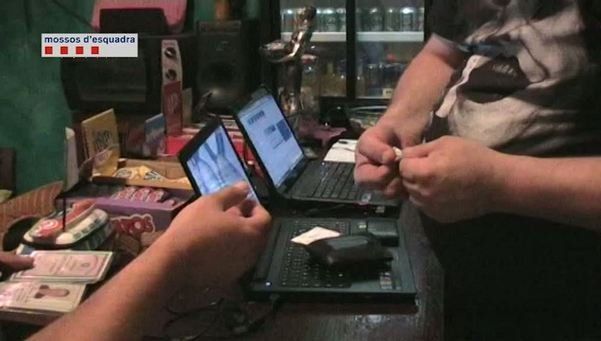 Sponsors for people outside associations At these clubs it is possible for members to sponsor others so that they can access them occasionally, but the conditions are clear: to do this the sponsor must know the person personally, and well. "This can be done even if the person is not a resident, but wants to participate in the association because he is going to spend some time here. And this is very different from letting anyone in who comes from abroad," CatFac spokesman Jaume Xaus explained.

What is currently happening in Barcelona is that this situation is getting out of hand, with many members beginning to "sponsor" people they don't know at all, and whose only intention is drug tourism. Xaus explains that at this point in time the Federation cannot identify any of these "sponsors" with precision. "We've heard rumours", he says, and they've even seen people on Las Ramblas handing out brochures to tourists to invite them to visit associations. Despite this, he says that currently "nothing can be done against this until a member of an association goes to the Federation and provides the full names of those who are doing this." If this situation persists, could Barcelona become a city of drug tourism? "With the way things stand today, if nothing is done, that would not only be a possibility, it would certainly happen. We would end up having a new Amsterdam here," said Xaus. Fortunately, for the other members, the Generalitat (Catalonian government) has begun to bring order to it. 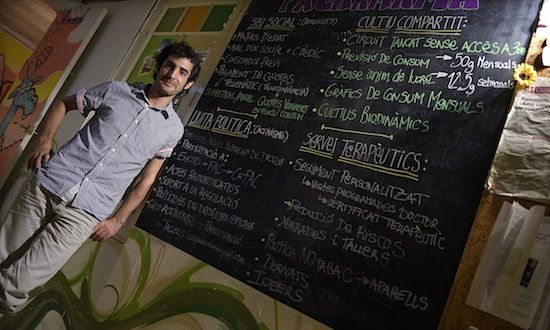 A contradictory situation This creates a complex situation: on the one hand the government is taking firm steps towards regulation, while on the other hand the misconduct by some clubs gives the whole cannabis community a bad image, which may have consequences, says Xaus. According to the activist, measures should be taken to raise awareness among cannabis users and make them understand that these associations must act as such, that they are not stores. But "there are associations that try to convince members of just the opposite." He says that the Federation is taking steps aimed at regulation and autocontrol.

However, there are still many organizations that are not registered with the Federation, and with which there is no contact. In these cases there is no control at all. Heard by the political sector According to Afuera, many in the political sphere are listening to proposals from the cannabis movement. This means that, in a way, the negative situation has a positive side too. Although some associations are guilty of bad practices, political authorities are cognizant of the fact that this is not a widespread situation and that by no means do all cannabis activists in Catalonia condone this.

At present there is a brigade made up of security forces and inspectors who are visiting all of Barcelona's associations to see how they operate. This, according to Jaume Xaus, is a breakthrough. "It seems that there is an intention to establish order." Apparently even the Generalitat is suggesting that the regulation of these clubs and the way they function will soon be a settled issue. A firm proposal is expected to be placed on the table this month, which will have to be debated, "and we hope that before the end of the year the regulation of the associations will be fully approved," Afuera said. The reaction of the City is starting to be disproportionate, with the interests of the whole cannabis community affected.

Whatever the case, it seems that the abuses in the sector have spoiled, to some extent, the atmosphere of relative freedom that there used to be in Barcelona. Regular users hope that everything returns to normal so that those who were legally exercising their right to frequent these facilities can continue to do so without any problems. The authorities, for the time being, prefer to take measures, fearful that recent events could degenerate into an undesirable situation.